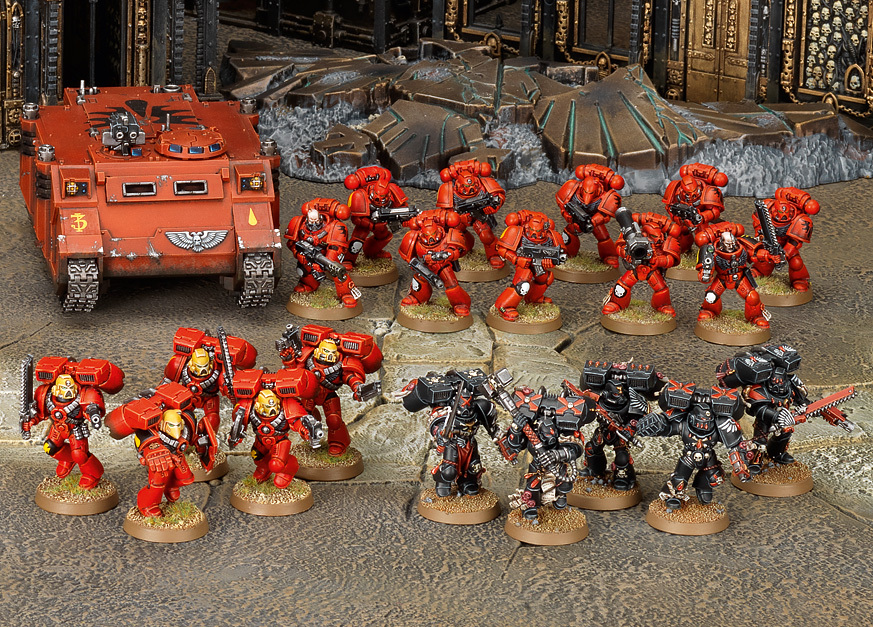 So, I've been playing a lot of games lately with the 500 point Swooping Hawk list. Hawks are indeed a big points investment at this level and are still extremely fragile. The points afforded to me for my troop selections leaves me with two minimum-sized squads of Dire Avengers... and I've come to the conclusion that it's unreasonable to assume that I will be able to hold two objectives in any given game. While I paint up a lot of Guardians and Dark Reapers in an attempt to try some different support for the Hawks, I figure I'd cook up some lists for the league, including some love for my near-finished Blood Angels.


I'm a big fan of some units in the Blood Angels, particularly close combat weapon + bolt pistol-equipped Scouts, and the jump pack Death Company. If you've been following the blog for a while, you may notice it's some of the only stuff that's finished. I also really like Death Company Tycho, and have him painted as well. A ten-man assault squad is... maybe 60% finished, and a ten-man tactical squad from Assault on Black Reach is maybe 40% finished. The prospect of using Citadel Texture however makes me a bit more optimistic about finishing the paint job. My recent results using it have been fantastic. After I try some other colors, I'll be sure to do a full review.

As usual, I need to score objectives and keep the cost of my HQ low, since he (most likely) will not be scoring. It makes Tycho very costly to put in, even if he is a beast. A Librarian would be a much better choice at a flat 100 points. The goal isn't really to make this super points-effective, though; I don't even have the models to support a truly points effective force. 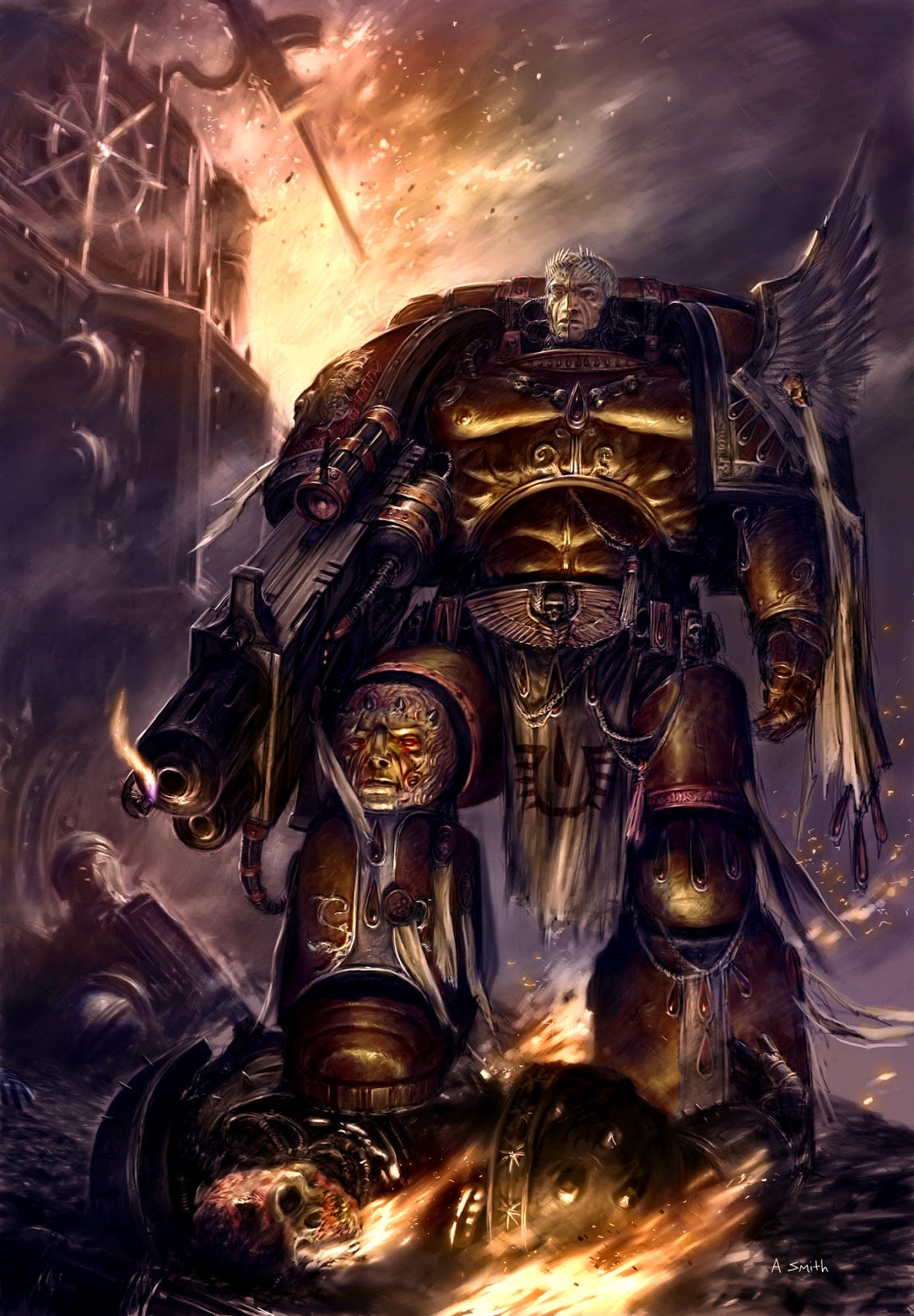 While this list allows me to play Death Company, the model count and the ability to actually score seem kind of low.

This list seems a bit more accessible with the models I have, maybe a bit more competitive. Definitely a slower, footslogging style list. I don't have an actual librarian model, just Mephiston, which will have to do for now (primed black.) My Sanguinary Priests all have jump packs, and nearly all of my sergeants have Power Fists from when they were nearly mandatory in 5th edition, which means I have to make the decision to do yet another arm swap or just buy a box to make a new set of sergeants. 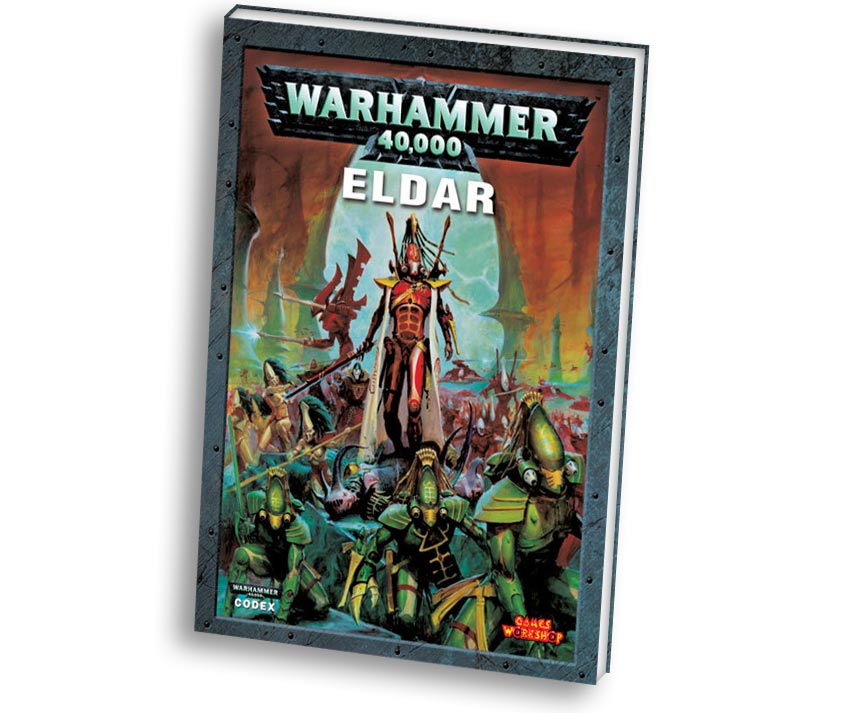 My old codex will be getting revised soon, so it's time to play around with Eldar as much as possible! I've gotten in a ton of games recently and am well prepared for the changes (good or bad) that comes with 6th's hardback. Here's some lists for B.R. (Battleforce Recon) that may work a bit better for me.

This list has a lot of firepower designed to blow Space Marines off of the board, and be a little more resilient on objectives. It'd require me finishing the paintjob on 20 guardians and assembling and painting some Dark Reapers, priming one War Walker and finishing them both... a lot of work, almost like starting the army all over again.

This list fits the hawks in, but ditches the Wraithlord in favor of more dudes to hold objectives. Effective? Hard to tell, as the Wraithlord is by far one of the better parts of the army. This list should be able to clear one objective reliably, hold one other one reliably, and hopefully score linebreaker, maybe some panic tests with the blasts to the back field. The Farseer seems considerably more safe here than in the 5 man squads as well.

It all depends on how much painting I get done in the next few days... RPG night is cancelled for me tomorrow, and I'm unsure how much time I'll have Friday. If I can get a project somewhat complete by Saturday, I'll be happy to field it and take pictures!

Questions/Comments/Advice/Ranting? Feel free to leave a comment!
Posted by Etna at 10:27 PM