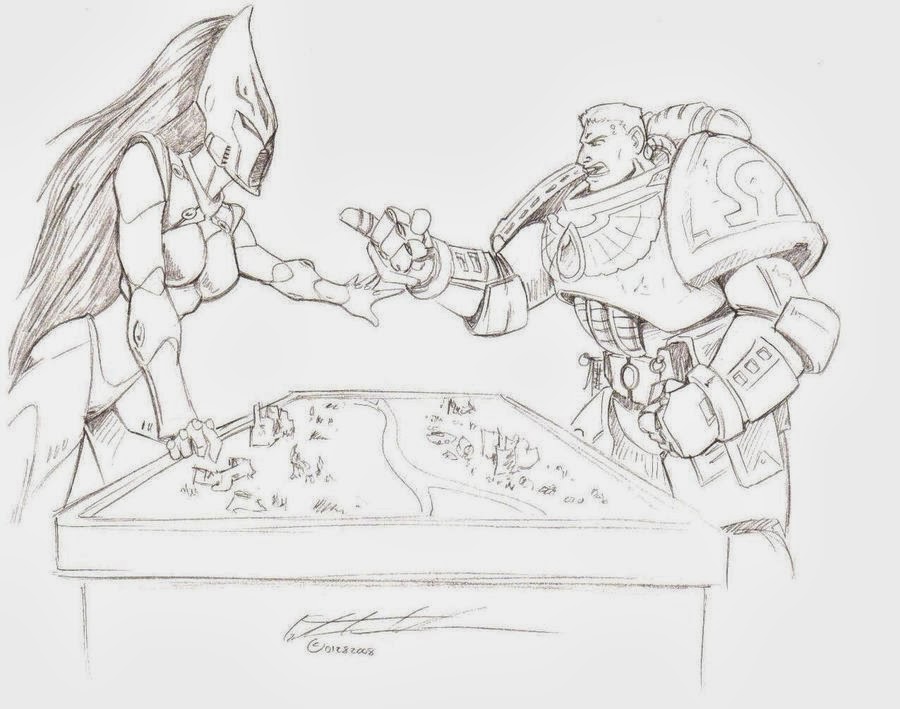 So, Planetary Empires is a tile-based game in which players attempt to control as many tiles as possible in order to win the game. Every week count as a 'round,' and during that round you may play as many games as you like, against any number of different players, logging your results until Saturday. A few pick-up games will be played Saturday as well, and then we'll begin the end-of-turn Conquest Session, where you roll 2d6 for each of your victories and attempt to either take empty tiles or tiles from the opponents you specifically beat. Difficulties on said 2d6 depend on what's on the tile, and if that tile is adjacent to your territory or not. A rulebook will be available on site, and other versions are available on the Facebook group's file section, as well as through an easy Google search. Note -- we are changing the rules to better suit our player fluctuation a bit :)

There are some cool things about Planetary Empires that I think everyone will like. The first is the built-in allies rule. When you get bonus points for having tiles with bastions, shield generators, and other little buildings -- you can spend them on yourself, you can have a friend come over and play that many points from his army for your side, or you can take allies from another codex into your main army, counting towards your main detachment (for example, taking an allied heavy support will count as a heavy support slot in your main detachment -- the allies are not a separate detachment.) Alternatively, since 6th edition HAS an allies rule, you can just attribute these points towards your allied detachment, if you have one. That's a lot of options for fielding allies.

Another great thing is the one-week rounds. You'll be able to meet up with other members of the group any time during the week, get in extra games on Sunday for instance, and those games will count towards giving you conquest rolls.

The rulebook recommends armies be between 1000-2000 points so that the bonuses do not have to be adjusted. In the interest of keeping the game accessible to those without tons of money or time to build/paint, we'll be staying at 1000. There will be some bonuses that may land you close to 1200-1400 depending on circumstances, but for the most part it should be relatively affordable to everyone already involved, and pretty darn close to the points that come in the Dark Vengeance set still.

The object of the game is to play every player, and capture 1/8 of the total tiles. So about 24 if we wind up getting these 4 sets. Each player will start with 6 tiles. We may adjust the winning number of tiles if need be, but the campaign should run for a decent amount of time -- hopefully enough time for us to figure out what direction we want to go next. I'm hoping that the Inquisitor skirmish game is more than a rumor. If it fades into nothing, I suppose we can do some Kill Teams. I also really want to keep doing Battleforce Recon to give that easy entry to new people whilst still doing something very interesting and challenging.
Posted by Etna at 2:18 PM