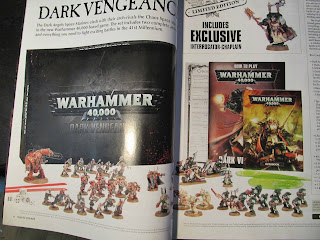 So, as usual, browsing the internet, I have found some pictures of the new Warhammer 40k 6th edition starter box contents. These are the usual leaked White Dwarf images, plus a closeup on the "Limited Edition" Interrogator Chaplain. 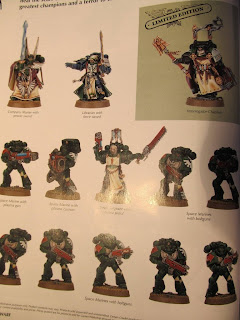 The Dark Angels are looking good, with a great new librarian and chapter master, as well as plenty of plasma in the tactical squad. 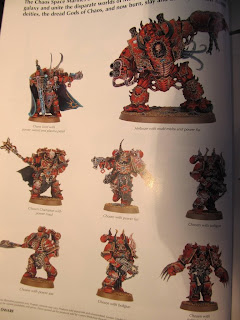 The rumored chaos dreadnought. The leader model looks really neat. The models are clearly geared for 6th edition (and sculpted to get you to buy multiple sets, having random bits like power mauls, power axes, claws, et cetera, in singletons.) 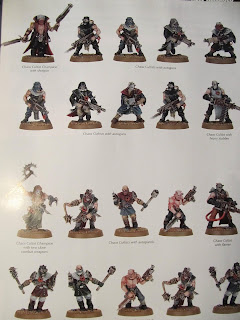 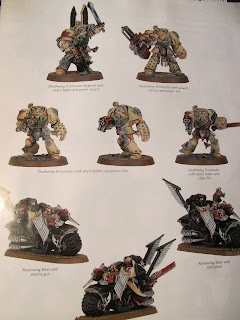 Saddened to see only one chainfist, but I love the studded powerfists. The assault cannon model looks amazing, like something out of the Space Hulk box set, and I imagine he will be a very popular ebay singleton. Not actually a fan of the terminator leader, but the bikes look good. I can only imagine that they will probably be 2-3 piece snap-togethers like the Deffkoptas in the 5th edition box set. 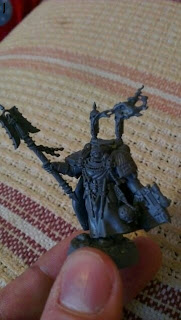 Here's a picture someone else took of the Interrogator Chaplain. This guy is clearly AT LEAST the quality of the Island of Blood figures, and he has a pre-sculpted base, something I've been really excited about in the recent plastic figure releases.

I'd also like to mention I'm becoming increasingly fed up with Bell of Lost Souls. Many of you 40k gamers may know of this site (which is nothing more than a glorified blog with five or so authors, and a forum attached.) I may write a bit about how much they suck in the future. For now, I'll just say that I'm pretty disappointed (but not surprised) that they stole my picture of Relic, the 40k edition of Talisman, re-oriented it, cropped it, and refused to credit where it came from. Their blogroll is impossible to get on. They are not funny. They also use stupid internet "hit scams" like re-directing you to their forums (which require you to register) to view certain posts and pictures... anyway, I'll definitely save this for another post.

Enjoy the pictures! They were scooped up from 4chan's /tg/ (traditional games forum.)