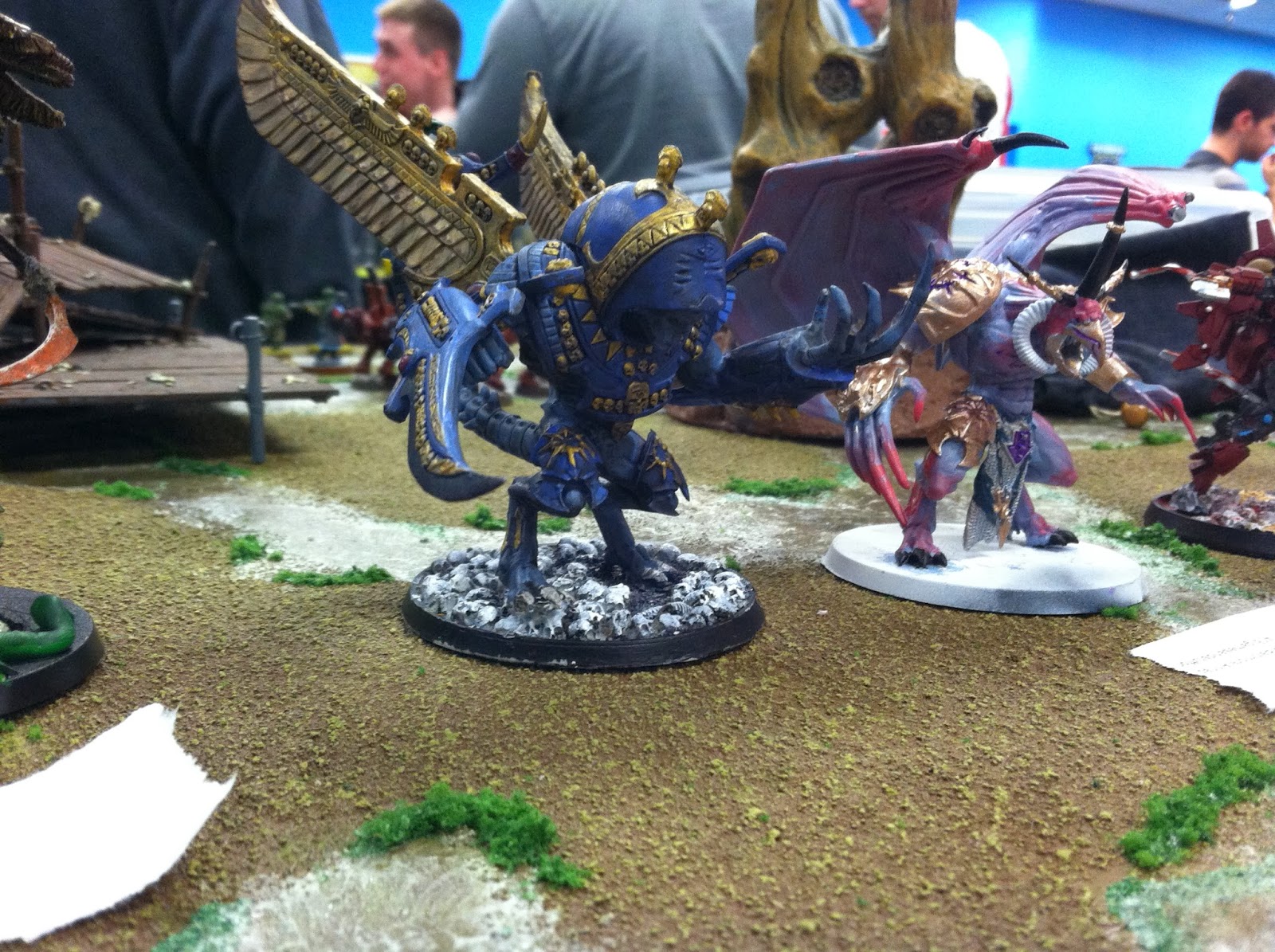 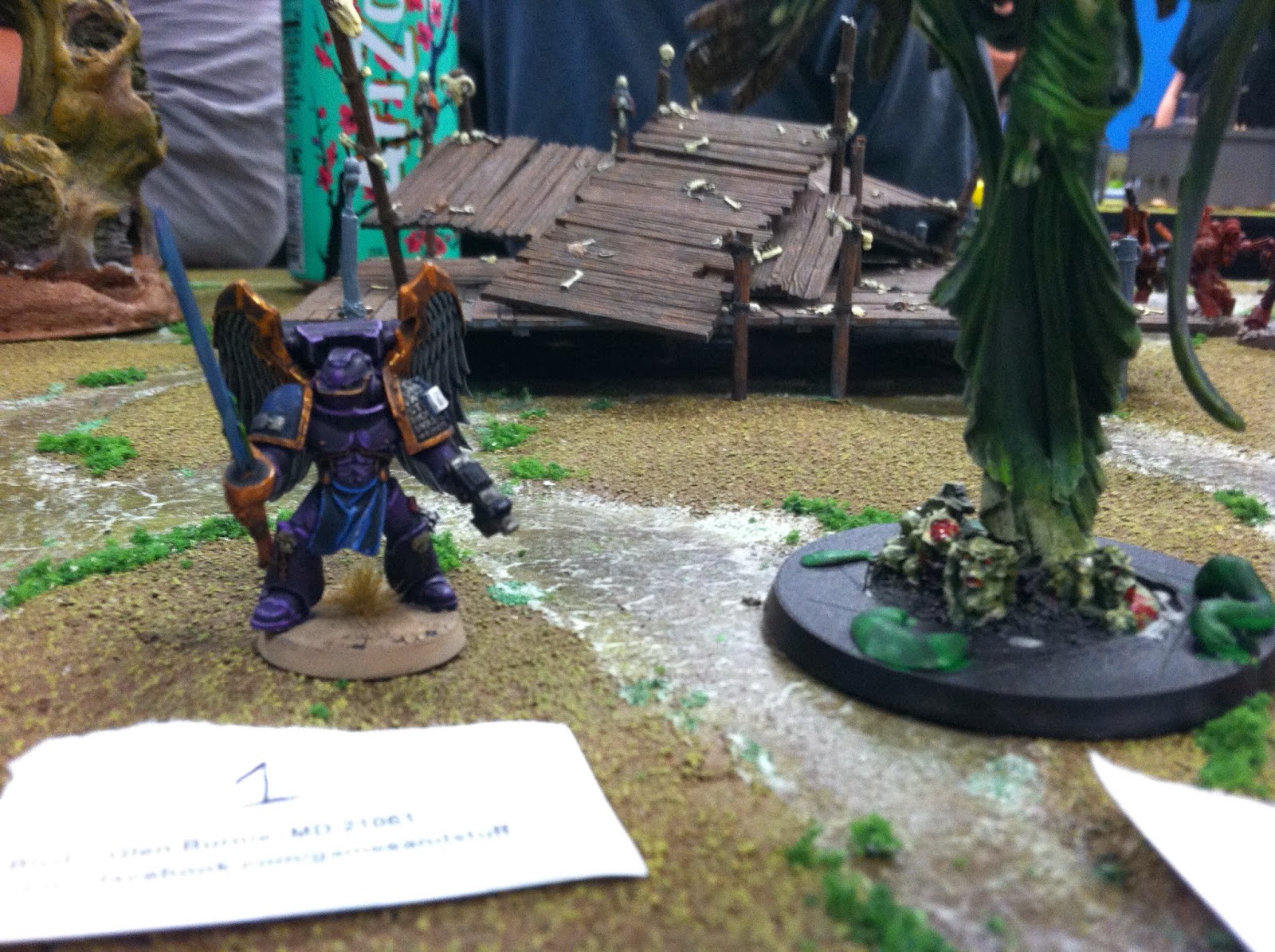 Nick Aniello's Librarian uses bits from Blood Angels kits and also uses the new crackle effect technical paint put out by Games Workshop on the base. The result is pretty awesome -- the paint job I believe is for a custom chapter but he usually uses Iron Hands rules. Over on the right, Levi Gamill's converted C'tan Nightbringer looks more nurgle-ey for a Daemon Prince stand-in. It's a shame I didn't snap a better pic on this one. I was kind of scatterbrained that day. 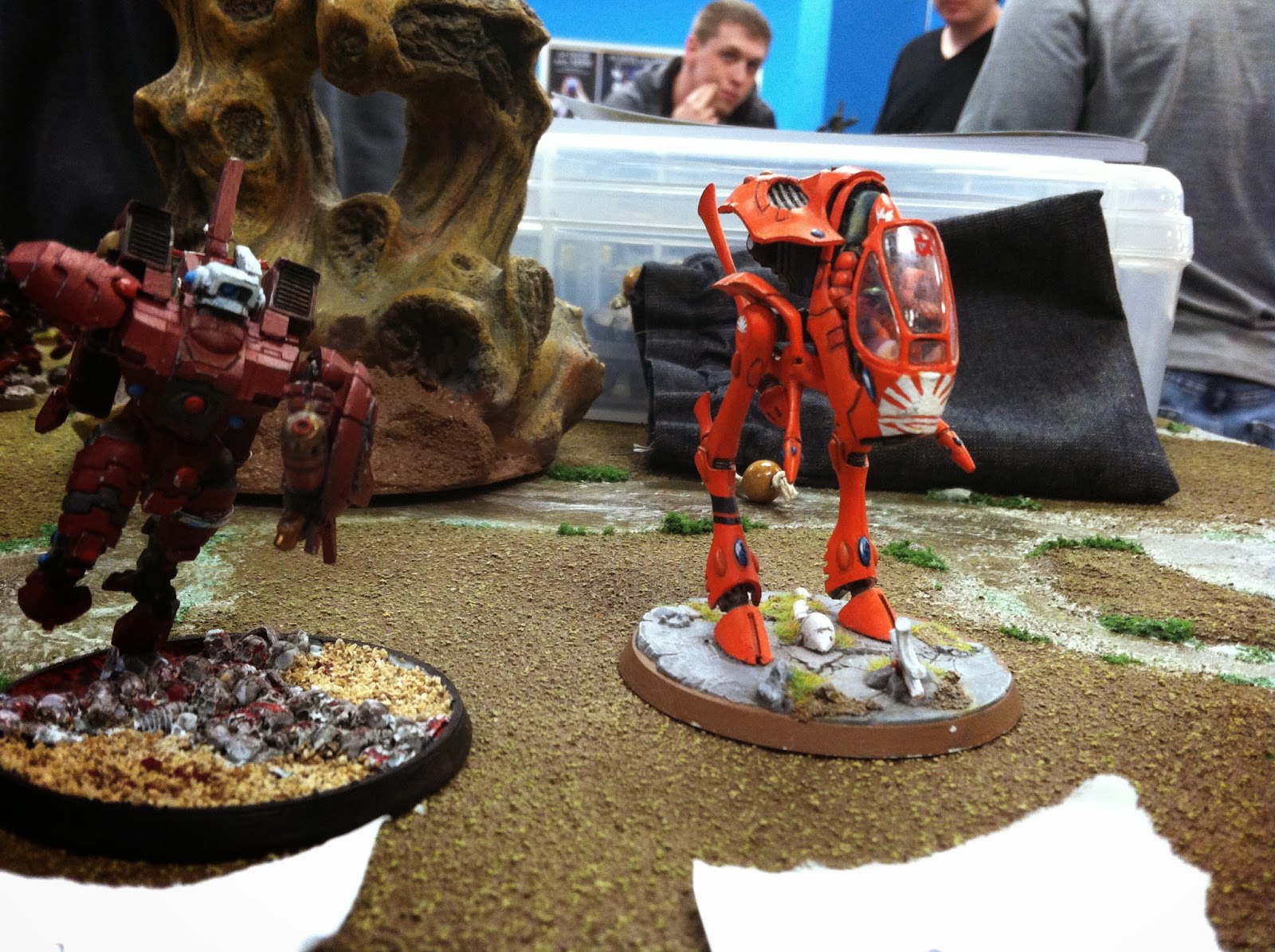 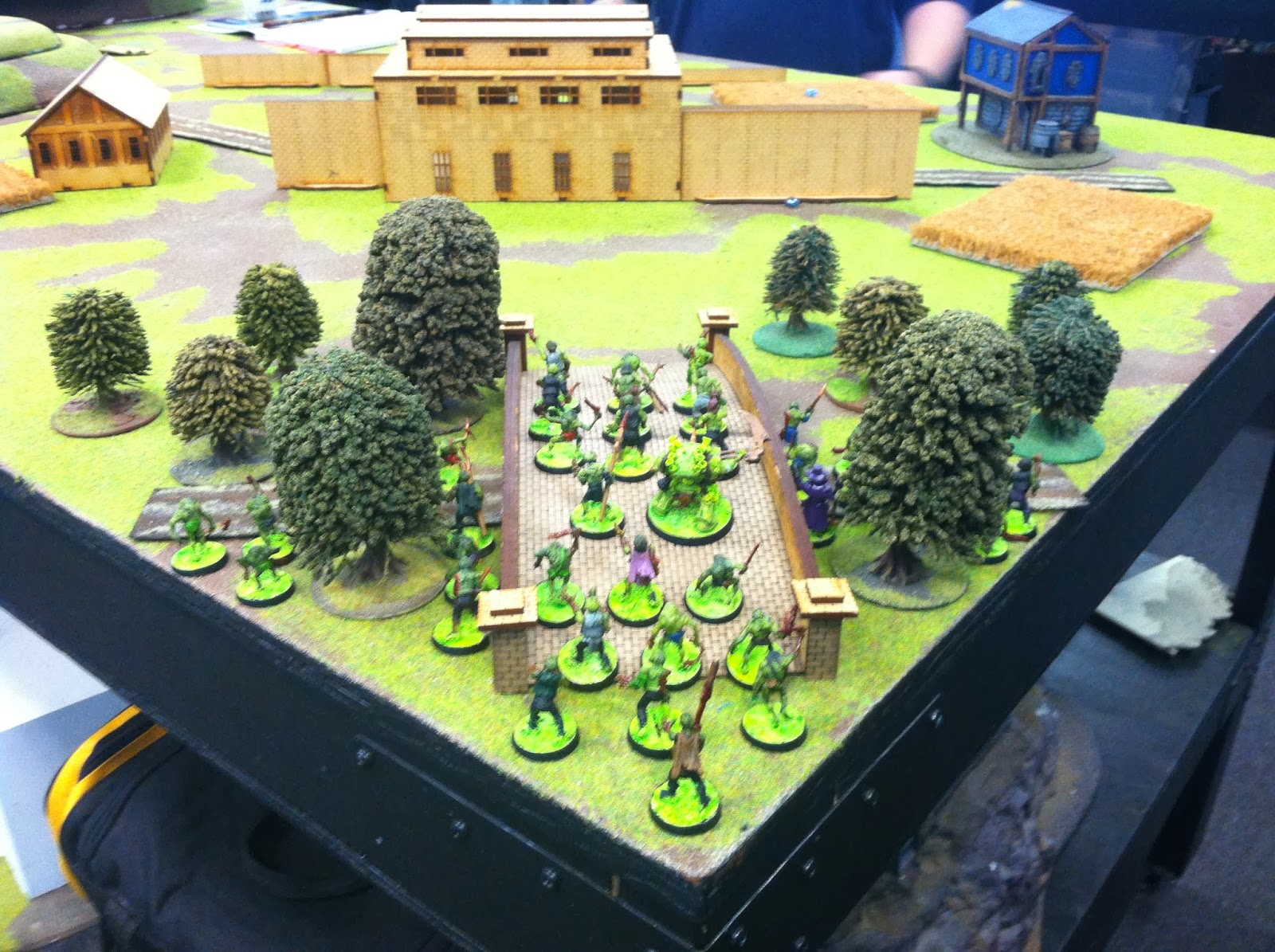 Outside of the tournament during league play Kyle Fulcher has finished up a significant chunk, if not all of a force revolving around 500 points of plague zombies and Typhus. The models are Warhammer Fantasy Zombies, The Hobbit Goblins, and of course a finecast Typhus himself. 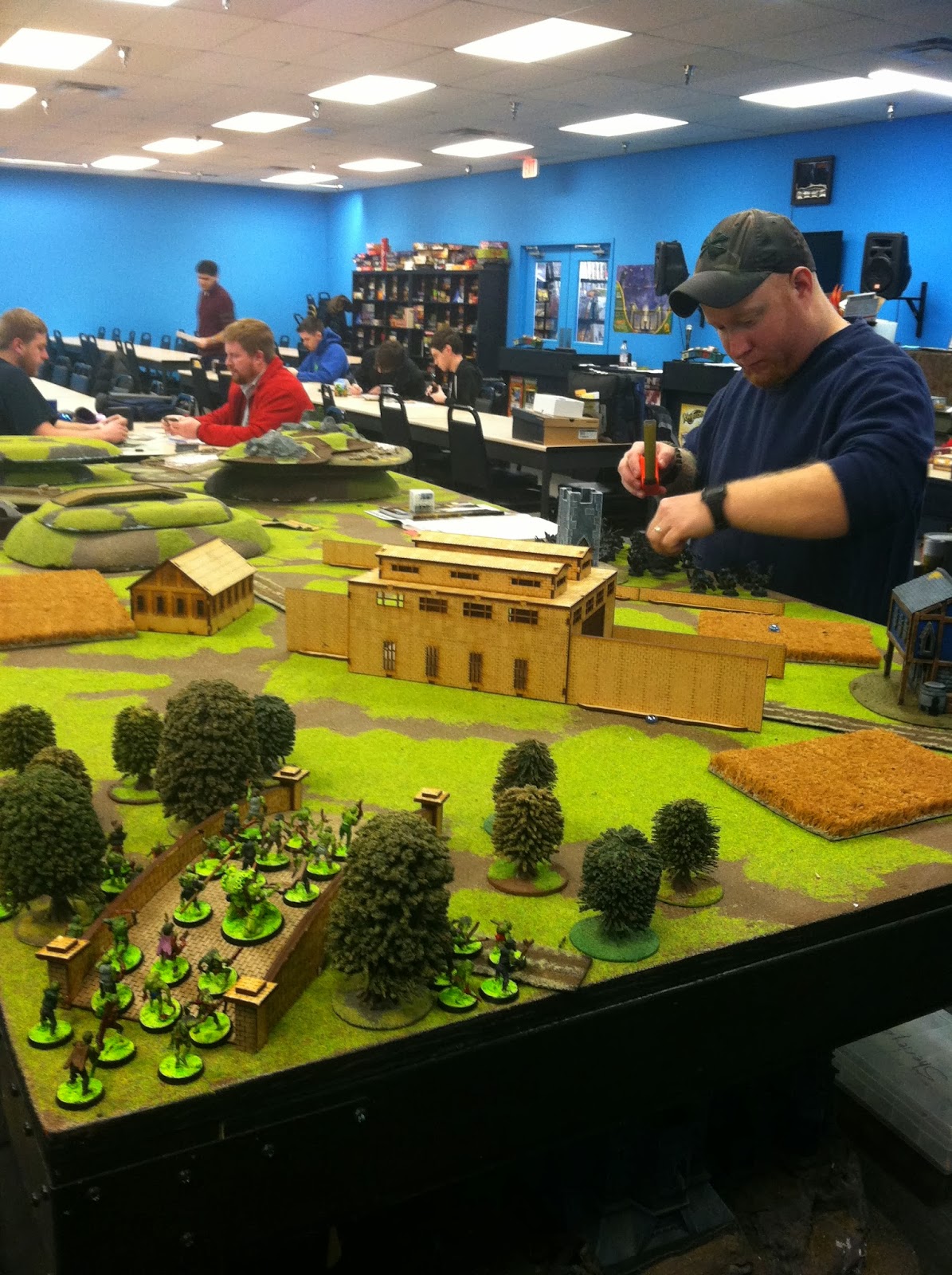 Our club picked up some new MDF terrain that has not been painted through various kickstarters and such. This warehouse is pretty cool. It's destined for Warmachine play, but works for 40k pretty well. 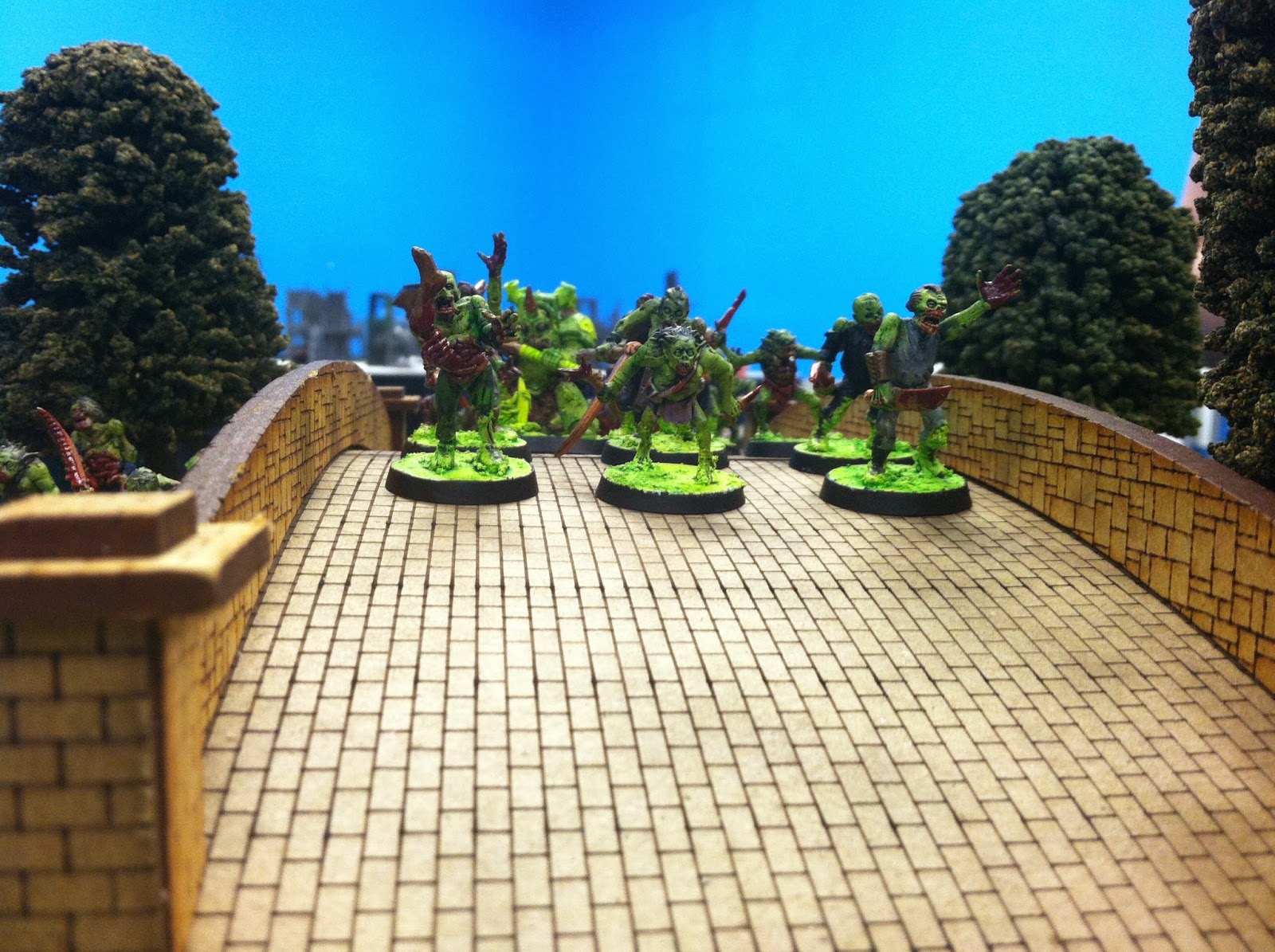 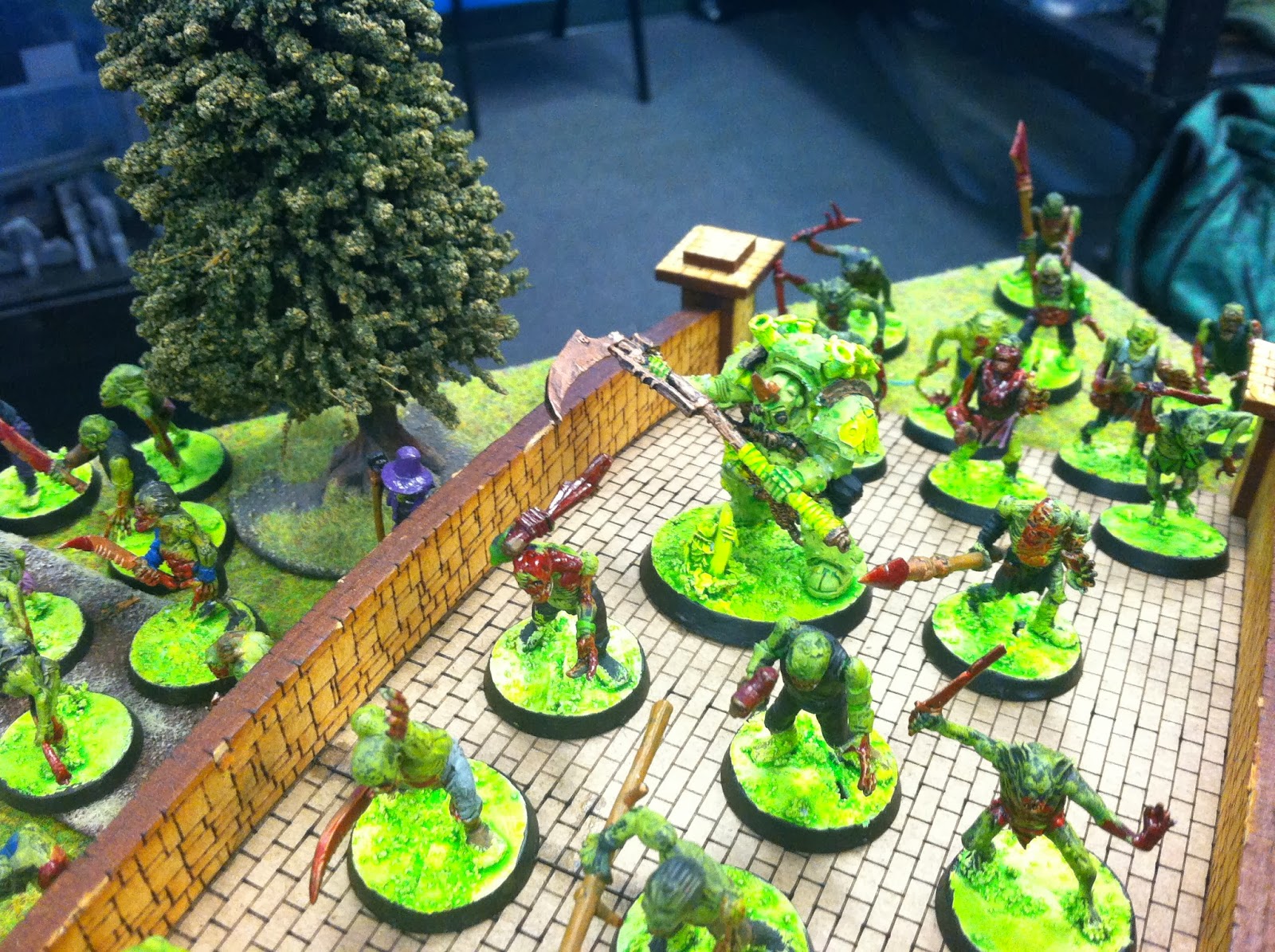 The radioactive bases were done with Mourn Mountain Snow, then glazed with yellow and green. The army also heavily uses the new citadel technical paint for blood... Blood for the Blood God I think? There is a bunch of gore all over. 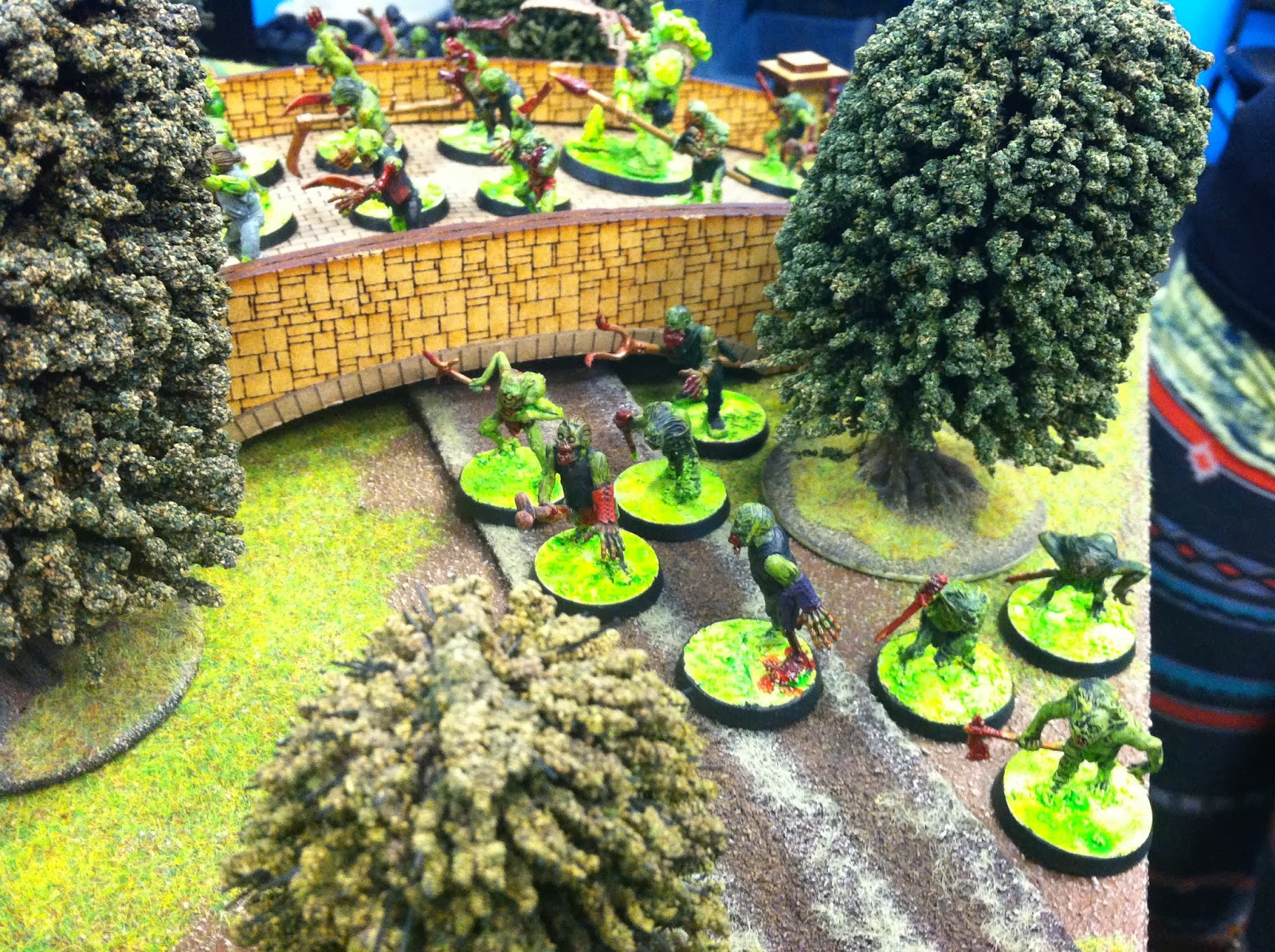 As you can see the goblins from The Hobbit's range fit in quite well alongside the fantasy zombies. 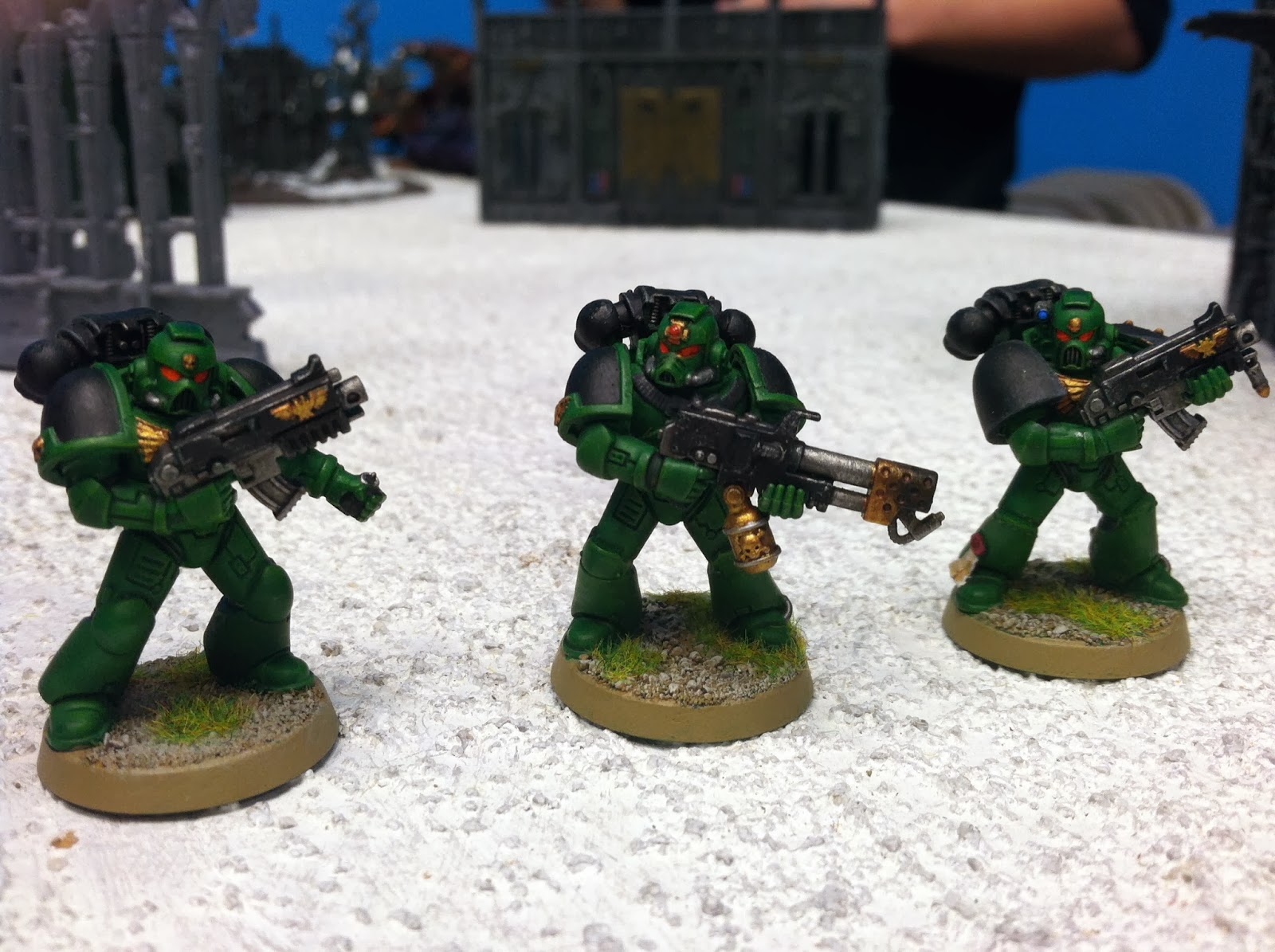 Joshua Beck has been making some progress on his Salamanders army. 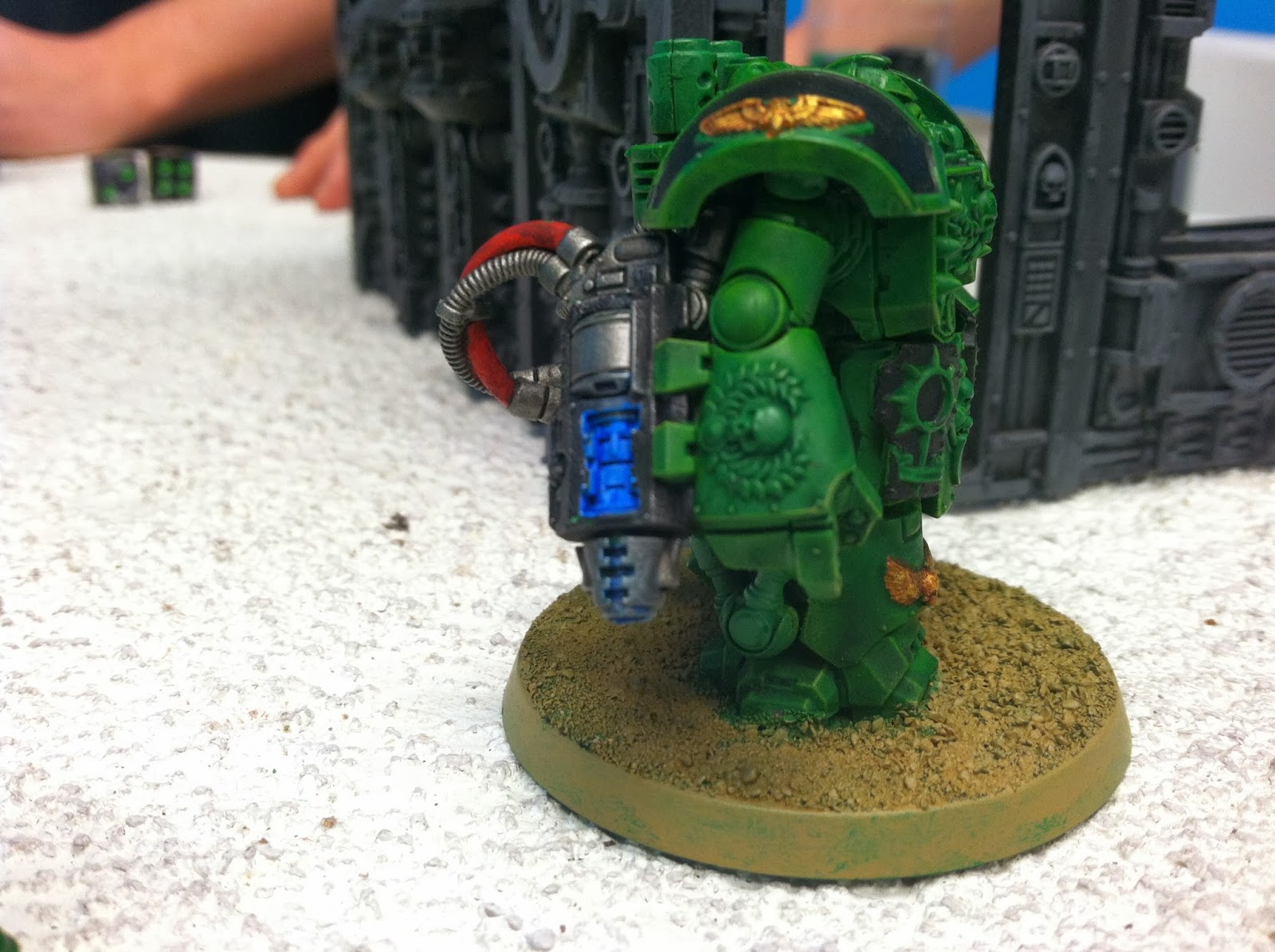 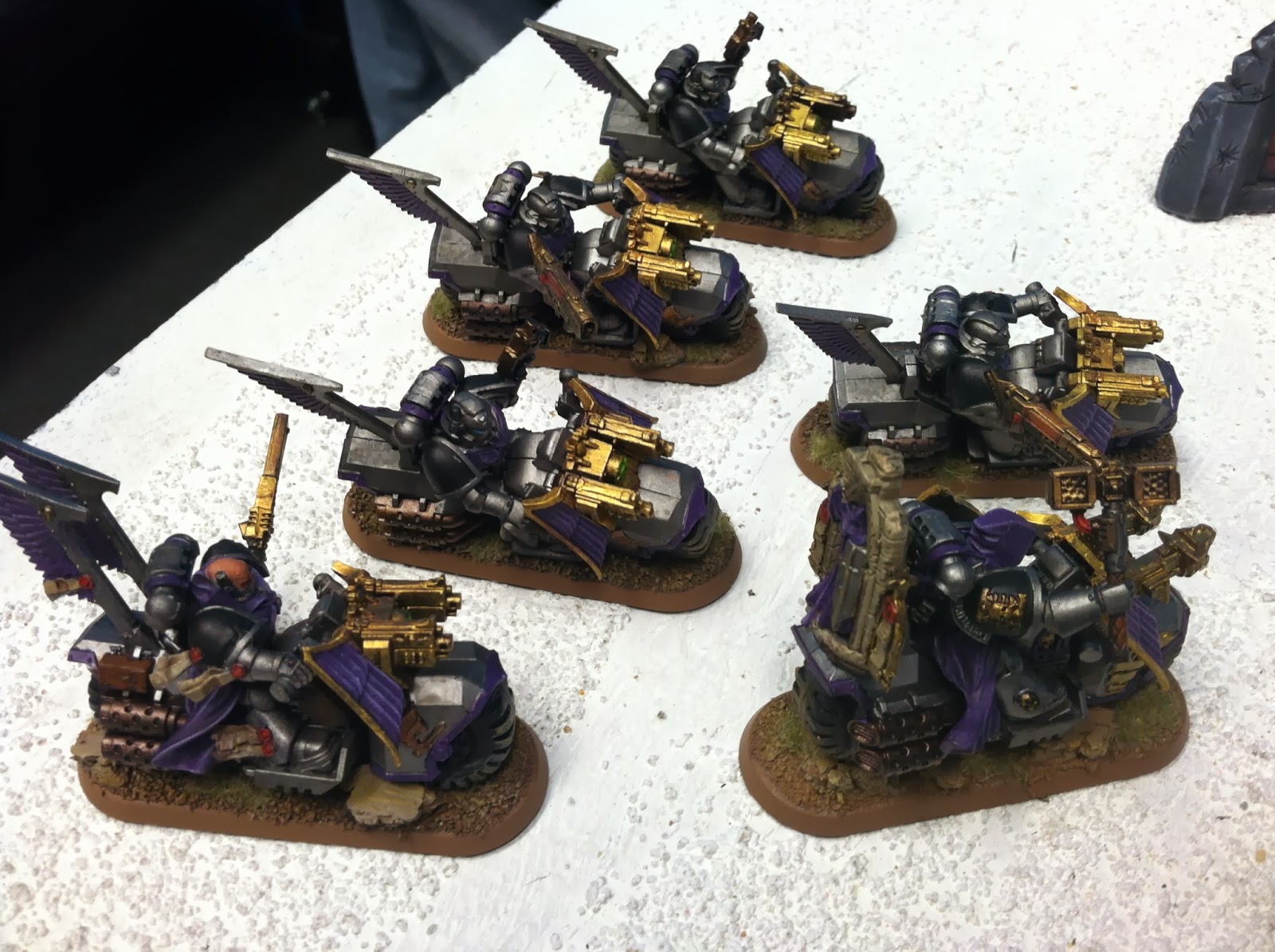 Various other projects have popped up at the shop too... 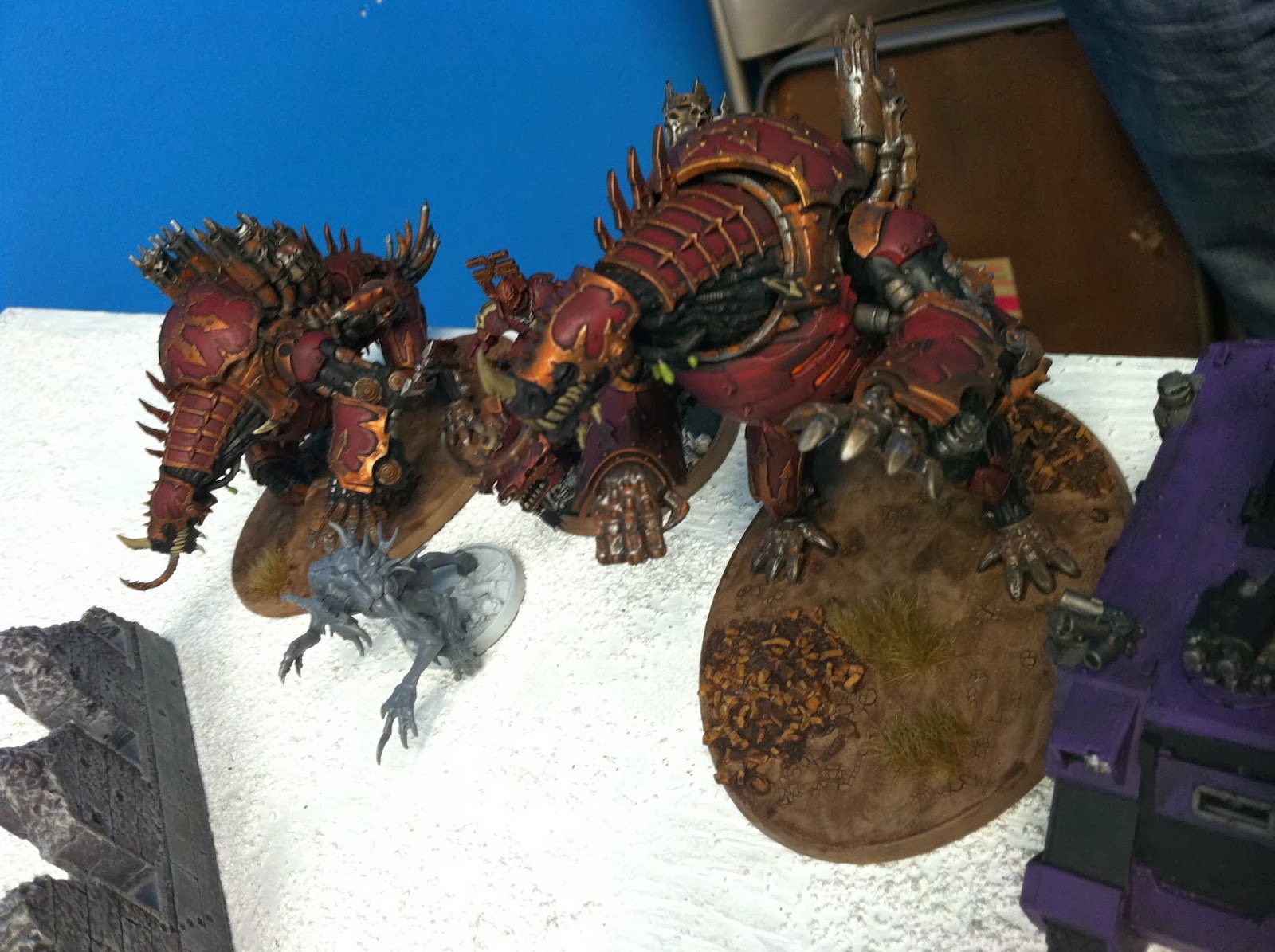 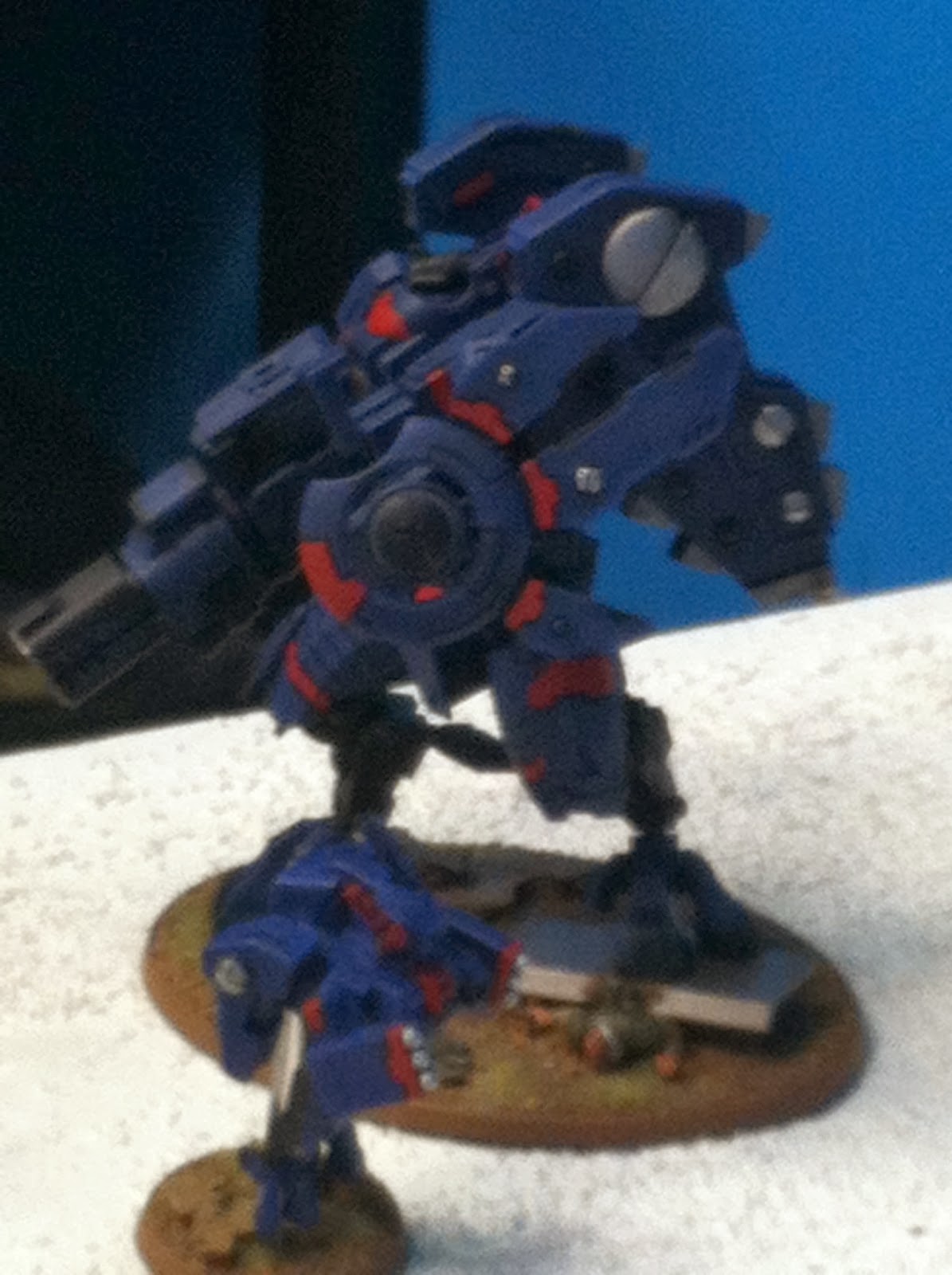 These next few months promise to be exciting as we extend back into 1500 or so points of play, as well as having a 500 point tournament in early March. See you at the shop!
Posted by Ed Vaughan at 2:03 PM