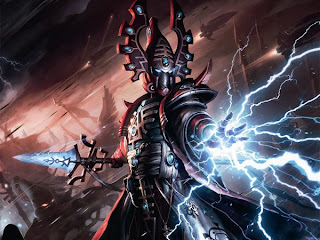 Battleforce Recon differs from the core six missions of 40k in a number of subtle ways, creating a unique tactical challenge that's not just a points restriction. After playing tons of games this way, it's become evident that a good general will need to pay attention to these little details in order to come out victorious!


The following list details how Battleforce Recon differs from traditional 40k missions, and the tactical challenges they present. In no particular order...

1) Victory Points changes
BR (Battleforce Recon, abbreviated) uses a smaller scaling points system than the core six missions. Specifically, primary objectives are worth two points, rather than three. Why is this important? Much more value is given to the secondary objectives as a result of downgrading the primary -- only two of the secondary objectives will net you, essentially, a primary objective points value. Slaying the warlord, First blood, and Linebreaker become much more rewarding to play towards, and can easily turn the tide of the game.

Also note that the low points value means that slaying the enemy warlord is easier (he'll usually be in a smaller, less powerful squad than a large-points game) and getting first blood can be tougher (you don't have as much firepower in a small points game, meaning one-turn squad wipes are uncommon.) Linebreaker can be damn near impossible unless you've got some tricks up your sleeve, but is well worth it and often overlooked.

2) Static primary objective count.
What I mean by this is that the core six missions have a variable objective count -- usually d3 plus something, resulting in somewhere around 2-5 objectives being placed on the board. This makes it hard to learn concrete strategies for objective placement, and often times means objective placement will be unbalanced (due to odd numbers of objectives.) Or sometimes you'll roll The Relic and have essentially one objective.

3) Relaxed objective placement rules.
The core six missions presented in the rulebook prohibit objectives being placed within 12" of a board edge in many circumstances. BR rules state that an objective only needs to be 12" away from another objective. This means, essentially, you can put one in on your corner, and 12" away, and be in control of two objectives at the start of the game... if you want. Every strategy has its upsides and downsides, and objective placement strategies are something i'll discuss in another post sometime.


4) Smaller board size.
Pulling the board into a 4'x4' instead of a 6'x4' means that the playing field is more or less equal for both players. Since the points restriction means that vehicles and other fast units will be used sparingly, it's important that the foot-sloggers be able to cross to the other side of the board (if they can.)

5) Radial corner deployment.
Most core rulebook battles will have a random deployment aspect to them, usually starting both armies out with 24" of space between them. BR gives you a smaller deployment zone -- larger armies will be forced to learn the reserve rules, as they won't be able to fit on the table during turn 1. Since armies are deploying 12" from the corner, opposite from eachother, they are actually deploying the farthest apart than any of the missions in the rulebook. A quick measure and calculation early in the morning (could be wrong) shows that armies will be starting with 42" of space between them!

48" long missile launchers will still be able to fire, but armies that depend on 36" guns (snipers, scatter lasers, etc.) will need to advance or wait for the enemy to come to them at the start of the game.

6) Static Game Length
No more 'hoping' that turn 6 or 7 rolls around to hopefully take that end of game objective. BR requires you to plan accordingly and end the game on time! Pay close attention to what turn it is, where your troops are, and what you can feasibly get accomplished by the end of the game. Knowing that you have 6 turns, your average soldier will be able to move 36" (not counting running) by the end of the game. Spend that movement wisely, and know when to run!

7) Points Value
The obvious! A 500 point restriction means you don't get to take all of the toys in your codex, but it also means your army will fit in a conveniently small case. Some armies will fare better than others at making a good list at this level, but all armies have the potential for some truly deadly battles!

Maybe you reached the end of this blog post and are not sure what I'm talking about! Well, the Battleforce Recon mission pack is available on the right-side bar with links and stuff, and also here:
https://docs.google.com/document/d/1IUINCuvBPilaBLwozyiIk0xKGSqdtRAbFLOTmv1LLrw/pub

The Bladestorm league plays Saturdays at Games and Stuff in Glen Burnie. Come hang out sometime!
Pictures from the last few meetups will be up... eventually... :)
Posted by Ed Vaughan at 10:55 AM